Decoding the Devil (A guide to the brave new world)


Decoding the Devil
(A guide to the brave new world) 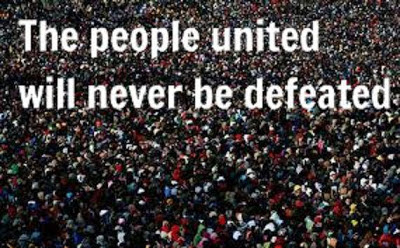 GDP – the amount of money the large transnational Companies earned last year in your country.

World Bank – an institution that ensures that the money-rich countries ‘lend’ to development projects is awarded in contracts to Multi-National Companies. 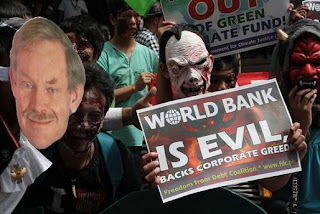 IMF – the institution responsible for overseeing the implementation of structural adjustments in the economies that haven’t gone through this painful process yet. 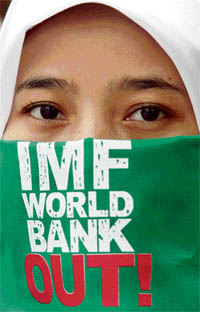 Structural Adjustment – as if it was taken out of a chiropractic manual, and this is what it is. Forcing governments to stop giving any freebies to the people (taking care of their own population) such as social projects, health and education, while ensuring an investment-friendly environment, for the Multi-National Companies, is created. 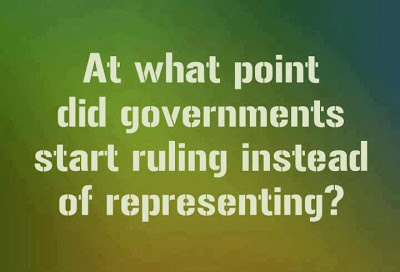 Investment friendly Environment – a country where human rights are disregarded, environmental concerns are overlooked and labour rights do not exist.

WTO – the Global gathering entrusted with ensuring that nothing stands in the way of opening all the world markets to the big cashed-up vultures. 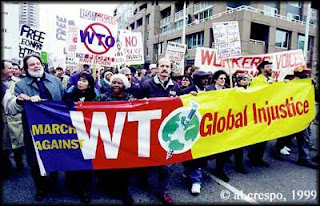 Economic reforms – cleverly put, the same as the new buzzword ‘Austerity measures’. Basically removing the last hurdles that stand in the way of selling or handing over to the private sector, whatever some governments, still dare own. Such as water, electricity, education, prisons and health. At the same time insidiously, insisting the poor countries scrap any subsidies and protection the poor may have had. Removing whatever barriers stand in the way of Multi-National Companies taking over a local enterprise. 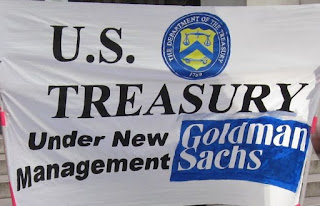 Austerity measures – one of the latest; more and more and more cuts to public spending, more welfare to banks and financial institution while cutting wages, pensions and any sense of well being to the populace. 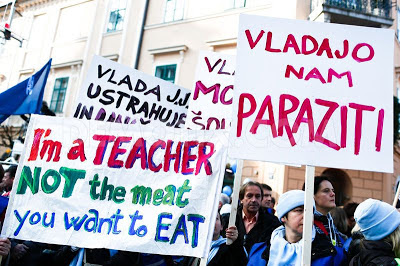 The market – the invisible entity that rules the world and manipulates governments and individuals into submission through its powerful mechanism to create and manipulate events. The market is, in fact, a group of bankers, hedge fund managers and Multinational Companies who at any moment can destroy a currency, a local stock market, and the economy of a sovereign country by pressing a few buttons. 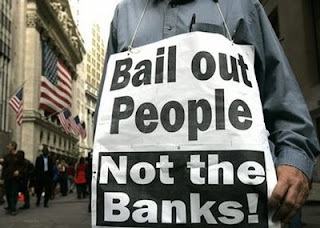 Tax reform – making sure everybody pays tax, even the poorest of the poor, through taxes such as VAT, GST, etc. At the same time lowering company taxes, eliminating taxes for the gamblers on the Wall St Casino and creating enough loopholes so, in reality, Multinational Companies do not pay taxes at all. 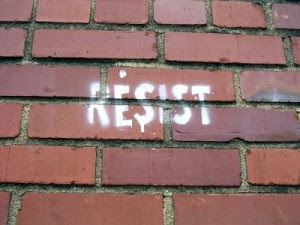 Freeing the labour market – Is effectively destruction of the unions.  Creating a reality where the working man/woman does not have a voice or representation while lowering minimum wages and discarding the notion of job security. The idea is that over time most of the workforce will be casual employment so everyone can be sacked at will, wages kept low and people begging for jobs.

A threat to national security – any homo sapiens that choose to think for him/herself and see beyond the veil. Anyone that dares go beyond the manufactured consent and claim the right to true freedom and equality. 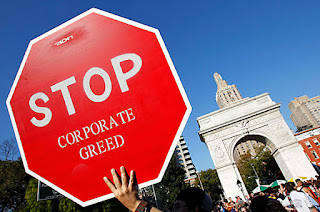 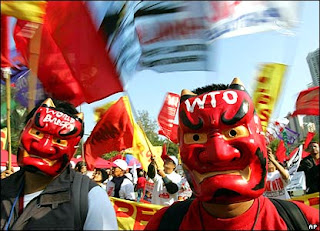 Mobile phone penetration – this one is a new one for me. Coined in India, I think, it’s about the effectiveness of the propaganda to convince the poor that gadgets come before food. You see people who have nothing to eat yet still carry a mobile phone. 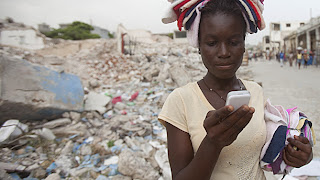 Two party system – well, a far cry from being a democracy, it’s really a party. A political system designed to make us believe that we have a choice, when, in fact, we don’t!!! Slightly to the left or right, they end up doing exactly what their corporate masters instruct them to do.

This is not to bring you down. This is to empower, share and connect.
Once we are aware, we can make new choices and create the world we want.
Another world is possible - it’s time - !!! 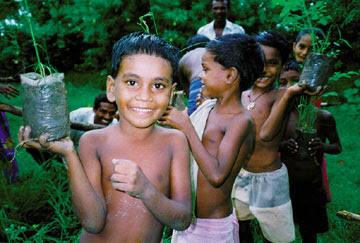