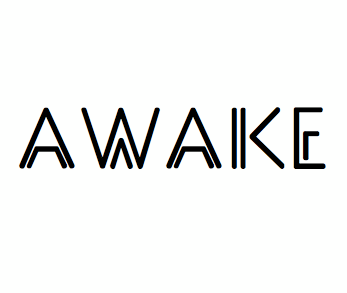 I am angry, pissed off, disillusioned and baffled by what is unfolding in front of us, within us - the species we call a human race. And so should you be! Yes, nothing wrong with anger, when it is not accompanied with its nasty relative – hatred, and we need a passion now to ignite and awake us from our slumber.
The crow remained silent this year, with so many half finished articles, painting positive pictures of the surrounds, though it felt that the painter is lying, and for the moment, on the global scale there is another truth emerging, one that we cannot continue to ignore or deny!
We are at the brink of a major war; a war that we all know is a piece of macabre theatre, manufactured by empire in order to prop up their sagging economy and agenda.
A war that is designed to divide us further, so we are easier to control and led into the next level of the NWO agenda.
Every day thousands are dying, while the arms dealers, the merchants of death in their boardrooms; the lunatics at the helm are counting their profits.
Everybody is killing everybody. One day you are a friend; the next day you are the enemy. The Kurds defeat Isis and than get bombed by Turkey with US consent. Isis apologises to Israel for accidentally
shelling it as it knows Israel is on its side, while Israel bombs Assad, the one who does not call for the destruction of Israel. Why? Because it wants a collapsed Syria in order to gain international legitimacy for the annexation of the Golan Heights. Iran is doing nothing but is being threatened with attack and sanctions, because it has gas and oil. America blames Russia for interfering with the US elections, while it is documented that the US has brought down or installed at least 100 governments in the last 50 years, always siding with the Dictator.
And war, the big business opportunity created through the agony of the masses to appease the aspirations of the few. War, the human insanity that has never solved any conflict and only created more wars. How far have we evolved? We create super computers but we cannot stop fighting each other, or more so, we cannot wake up to the fallacy that we must defeat an illusionary enemy in order to survive.
The USA had more than 900 military bases in 130 countries while Russia has one base outside the former Soviet Union.  Yet the ever lying MSM keeps on painting Russia as the aggressor and the US a peace loving nation!
Do I need to continue? Or are you numb and dumb, while the MSM is spewing their endless lies in order to gain our silent agreement, our nod that we will not dissent.  We are up to our necks with this shit and…we are doing nothing. In the 60’s they marched and eventually ended the Vietnam War. Now the insanity is bigger and our youth is silent, intoxicated by MDMA, Ayahuasca, ketamine and other form of ego enhancing substances. And to the ones who will scream now that this or that connects us to be part of the all that is, - I say – connection is action, and it is rarely seen within these circles.
If we were a sane race, the campuses would be burning, the streets would be lit by fires of truth, as Gandhi did when he called on the Indians to burn all cloth manufactured by the British  – but we continue to buy the products of the ones who oppress us and thus we support their agenda. , And as the Germans remained silent when the Nazis led the Jews and Gypsies and Gays into the gas chambers, we are silent while the corporate masters are leading us to another war and another war and another war. While they destroy our earth, poison our water, manipulate our seed and try to eliminate to most precious human emotion – hope for a better tomorrow.
We remain silent, burying our head in the sand, concerned with our super foods, and esoteric experiences – in the age of me, me and me, we are the bankers, and the killers and fossil fuel executives and the masters of war. We are them, because our silence is our consent and our inaction is our agreement that we do not dissent.
Brothers and sisters, we are in a critical junction in human movement, and positive thinking will not suffice now. Critical thinking with emotions burning and overflowing with concern for all our relations is what’s needed, a concern that translated into courage’s and determined action.  Any moment now, any morning, we are going to wake up into a reality and hold our head between our hands and say WTF. Why we didn’t we see it?! How come we didn’t act before they acted, enacting their insane plans, where human life and earth’s life are just a secondary thought to their agenda.

I do still believe in a secret, hidden corner of my heart, that another way, another world is possible. We need each and every one of us, more than ever. NOW, not tomorrow. 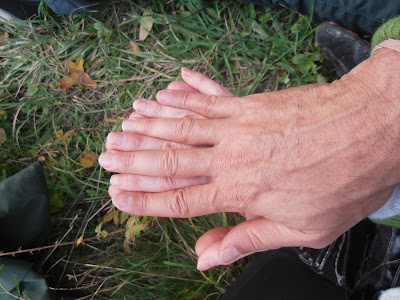