THE MYTH OF MAN-MADE CLIMATE CHANGE 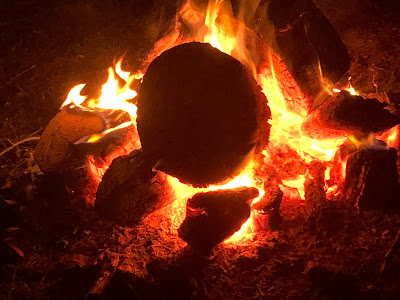 ‘Whenever you find yourself on the side of the majority, it is time to pause and reflect’  (Mark Twain)
This is not the first time I write about political correctness, and it’s unlikely it will be the last time, and the next time the topic will be much more controversial.
Political correctness is such an important issue to address.  and the way I see it, it is a cancer that is eating into the very fabric of our society, our freedoms, our lives, our culture and our future.
In the age of mass communication, social media etc., it is easier than ever to manufacture consent for anything you want to, once you have enough resources. Slowly but surely we are being programmed what we should think and what is taboo to even question.
It is very interesting to note that so many of the people who once were on the so-called left side of politics, and fought for freedom of speech and human rights in various parts of the world, are now intimidating us to accept a version of reality that they see as the ethically and morally superior, whilst stifling  any real debate on very important issues.
Personally, when I see anything hyped up as a truth, I always go deeper and question it. And when any argument becomes so one-sided and all counter views silenced, then for sure I smell a rat.
So perhaps we should start the story of political correctness with one of the biggest lies dominating the agenda in these times - The myth of man-made climate change.
Now, before you start throwing arrows at the writer, perhaps you should pause and listen. The writer is a total greenie and believes that we must phase out the use of all fossil fuels and replace them with renewable energy. It is a no-brainer, we must stop polluting the air we breathe and the water we drink.
Though climate change as it is sold to us, is a filthy globalist agenda, to distract us from the REAL issues facing humanity like the actual crimes inflicted daily by the elite on the masses.
The climate has always changed and will continue to change. We have passed through numerous ice ages and will continue to warm and to cool.
Have you ever wondered why any scientist that present a good argument against the current theory loses their job and the list of scientist and meteorologist who have been silenced is endless.
Have you paused to contemplate, that perhaps a lot of the extreme so-called weather events we are seeing are designed as experiments of geoengineering and chemtrails?
Just recently it was documented that the US and New Zealand tested a tsunami bomb.
Or perhaps we are going through a natural cycle of warming, which preceded every ice age. There is a whole scientific community that supports this theory since the 70s; especially the ones that don’t rely on big corporations for their paycheck.
Common folk, do you really think the elite who polluted and raped our planet for centuries now suddenly care about it?
Take for instance the Al Gore hype and saga. Do you know what happened? The light bulbs around the world were replaced with lights that lower the human energy level, cause depression and generally make you into a zombie. This is very well documented, and lots of people with depression are advised to find the old style bulbs. And not to mention that the mercury inside the Al Gore bulbs can never be disposed of.
But yes, like idiots, we continue to march to the tune that our masters dictate to us, what stupid sheep we are.
Of course, we are abusing life on earth. Deforestation must stop. Modern agriculture has to be replaced with sustainable organic practices that do not pollute the earth and poison the water.
The combustion engine has to go. Polluting cars and industry have to make way for clean technologies which have been around for a while, though been held back by the powers that be.
When I was doing some research for this article, I saw for myself how afraid they are that we will find the truth. Google, one of the instruments of control, does not allow you to see the counter arguments, on many topics unless you persevere and continue with the search a few pages down.
Facebook is introducing algorithms to block fake news, which in reality means block real news.
the agenda is being set on so many levels, though the subject today is climate change, which in reality is "distract the people' and of course make them pay some more taxes to save us from the impending doom. Fear has always been a fantastic instrument of control.


We are being manipulated to march to save the climate by the ones who are harming life the world over. We are such puppets. The climate is in its own cycle, but the bankers and the dictators continue to erode our civil liberties while 50,000 children still die every day from malnutrition. Actually, they are being murdered by an unjust system that we support with our silent consent.
We have to create the agenda, rather than march to the tune of the politically correct. The mainstream green parties are part of the problem and not part of the solution. They all support the current economic system with minor modifications.
we have to start acting rather than reacting.
We have to think bigger and deeper, in order to chart a new way, where all – humanity and nature thrive. Man-made climate change is one of the biggest hoaxes going around.
what we need to do is change everything, and I mean everything, and the starting point is our system of economics which is the driving force in the destruction of the earth and the suffering of the people.
Another world may be possible, once we open our eyes and tune into our hearts in order to find the truth.