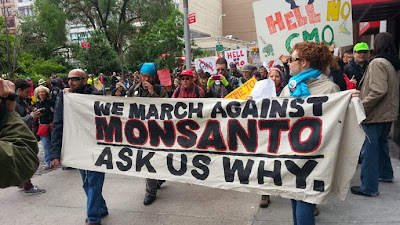 A couple of days ago, a friend told me he would not participate anymore in the Anti GMO campaign. He said that it was negative and sowed fear in the hearts of people. He wanted to be more positive and he wanted to go to the root cause of things rather then be involved in a fight.
It wasn’t the first time I heard talk like this and probably it won’t be the last.

It feels like some New Age disease, excuse, or perhaps just some beings being misguided or maybe it is the fear speaking out rather then the understanding.

Was Gandhi negative and sowing more fear into the world when he resisted the British occupation of his country.
Was Dr martin Luther king negative and in fear when he fought the injustice done to African Americans and when he called on his people to resist the war in Vietnam. Actually in his famous speech he said, “A time comes when silence is betrayal.” 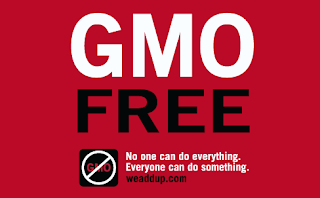 And my friend feels that high moral ground is persevered by keeping mum on the subject.
So, I wonder if my friend thinks that the struggle against GMO and Monsanto is of a different nature, since what is at stake is only the future of humanity. 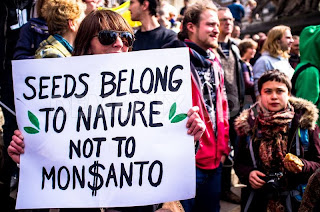 The strange thing is that my friend is an organic farmer – doesn’t he understand that with enough GMO pollen in the air, organic farmers will sooner then later turn into museum exhibits rather then be a thriving reality offering a healthy and sustainable way of living.
We are standing up against the tyranny of the corporations, wishing to manipulate and control all life forms, and the same time we are offering solutions which are holistic, democratic and benefit all rather the elite few.

So perhaps my friend is adding fear to the world by choosing to know but not to act, to be aware and to hide. Perhaps he is talking about his own fear of dealing with the complexities of life, and the fact that at times life does include a struggle and a quest to weed out the injustices in order to create a better future.

If not, why have so many admired Gandhi, Jesus, M L King and many others who stood up to the powers that be in order to offer a better life for future generations. 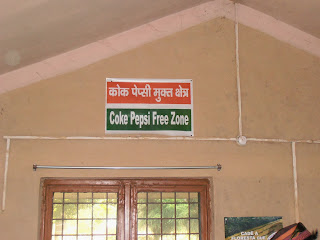 Life is in balance at present time. The forces of greed and fear are rising as well as the energy of love and trust.

Another world is possible, though we have to make her happen and staying back at home wishing it would all change without taking and tangible action, isn’t going get us anywhere.

So please my friend, and all of you my friends who have retreated from standing up in the name of positivity. Be honest with yourselves and feel the life around you…and how it’s calling all of you – all of us – to act – right here – right now. 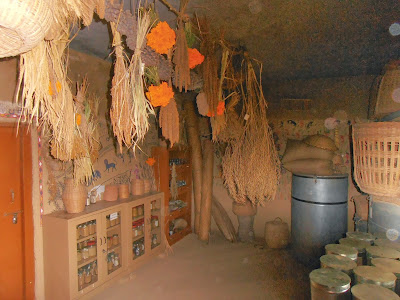 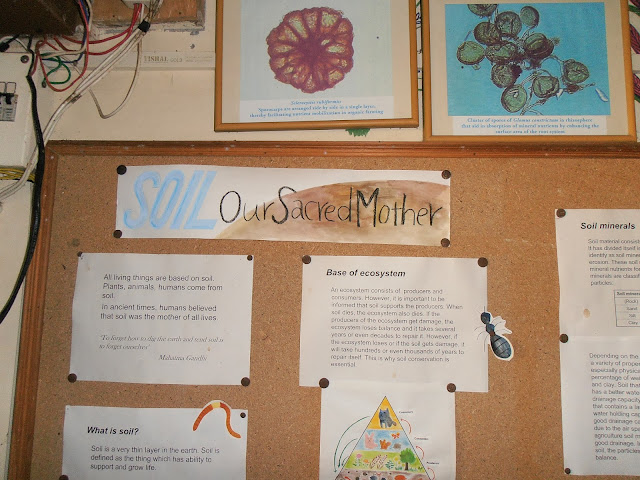 this is a link to my recently published anti Monsanto - pro life poetic Novel...check it out 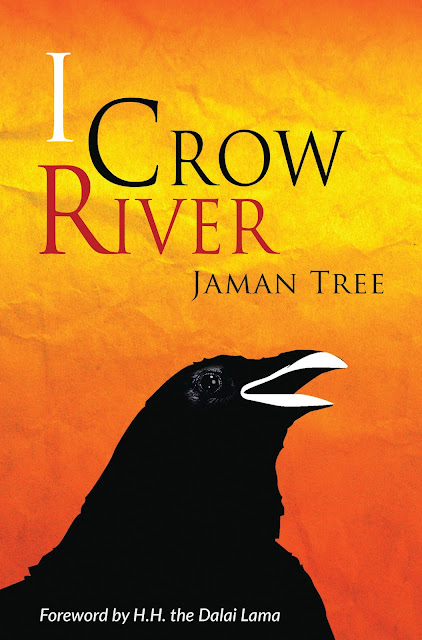 What’s a book? A narrative? A story? Possibly it’s just an excuse to share a dream, a vision and a tool to fire up a revolution in the hidden passages of our mind. Perhaps it is a prayer that we do evolve into a species that actually cares about each other more then we desire to accumulate ‘things’.
At last, I Crow River is out, ready to meet and greet you with a roar.
And sure, Nobi the Crow is in your face: to challenge, to probe, to ask questions, to make you wonder and perhaps go and wander.
It could be a stand-alone book since it really does not fit into any genre.
Both Fiction and non Fiction; an Ecological/ Spiritual/ Physical/ Metaphysical thriller, and of course, a Love story as well.
I Crow River is available now in digital format at all main distributors such as Amazon Kindle, I bookstore, Barnes & Noble, Kobo, Baker & Taylor and many more. It will take a couple more months before it’s available on paper. And anyway, let’s try and save some trees. So if you have an e-reader, go for the digital version.
You can also follow I crow River on Facebook and check for sample chapters, comments and the evolution of the vision

If you like the book, if you learned something from it, if it supported or inspired you – let others know of your experience.
I Crow River is more than a book, it’s a movement of people who care and share, who dare to dream and have the courage to walk the journey.

Some years ago I was sitting on the banks of the river Ganga in a place called Rishikesh in northern India.
It’s a place that has always been a source of inspiration for me; you might call it a sacred site or a power spot.
I had this idea to write a book based on some of my past work with sustainability and organics. The title was going to be Organic Farming for Fools.
After a week of sitting in front of my laptop, I couldn’t get past page one. It just felt stuck, even though I already had much of the material ready.
Then one night I just gave up.
I walked outside and sat by the river, enjoying the calming effect of flowing water and the light of an almost full moon.
Suddenly I heard the river talk—no joking, I heard her voice. Now anyone that knows me would vouch that I am quite a grounded person. Though that night the river did talk to me, and what she said was: “Start writing, don’t worry about the book you were planning to write, write the book I am going to give you.”
I went back to my room and commenced typing and it just flowed, one page after the other. I never knew what the story would be, what the next sentence would be, though I trusted it was coming—the river did say it would.
In a few weeks, the whole story was there, though it took a couple more years to polish the rough edges.
So this was the birth of I CROW RIVER, and I promise you, it wasn’t me, it was the river.

The Book
Into the night flies an elder crow speaking the voice of the earth mother. What takes place next is an epic journey of the soul as humanity and nature face one another in the form of the man narrating the story and our bird tribe brother.
Page by page we witness the unfolding of an extraordinary saga - from fear to love, from me to we, from a self-centred world to a universe, which includes all living beings.
This book will ignite a spark of change in your heart.